Woo! Today we have a Waiting-On-2016 cover reveal:

Here’s a bit about FACSIMILE, a YA Science Fiction to be released on March 8th, 2016 by Month9Books:

For a ticket to Earth, seventeen-year-old Anna-Maria “Ann” Solano is willing to jettison her birth planet, best friend, and the boy who loves her. Especially since all she’s required to do is escort Dace Keeling, a young naturalist, through the wilderness of the partially terraformed planet Eco. Ann‘s determination to escape the limitations of her small, frontier colony never falters, until Dace’s expeditions uncover three secrets. One offers riches, one shatters Ann’s perceptions of herself, and one reveals that the humans stranded on Eco are not its only inhabitants.

Ann’s willing to sacrifice friendship and love for a new life on Earth. But when an entire species is placed in jeopardy by her actions, she must make a choice – fulfill the dream that’s always sustained her, or save the planet she’s never considered home.

Add it to Goodreads HERE

Ready for the cover? Here we go! 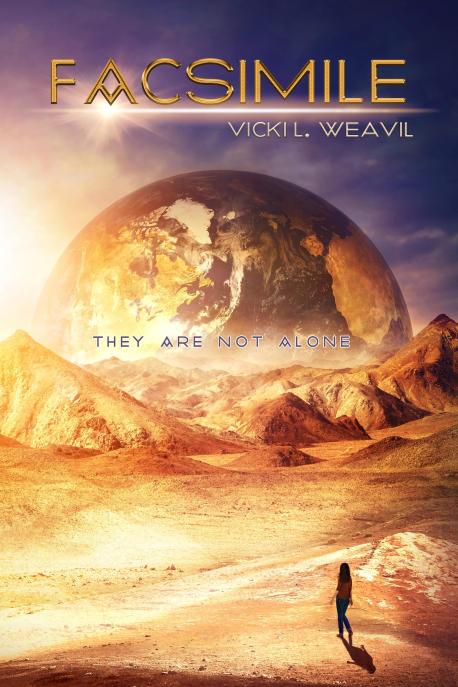 HOLY. WOW. That is a gorgeous cover!

Raised in the shadow of the Blue Ridge Mountains, Vicki L. Weavil turned her early obsession with reading into a career as a librarian. After obtaining a B.A. in Theatre from the University of Virginia, she continued her education by receiving a Masters in Library Science and a M.A. in Liberal Studies. She is currently the Library Director for a performing and visual arts university. She is the author of the YA Fantasy, CROWN OF ICE, published by Month9Books in 2014.

An avid reader who appreciates good writing in all genres, Vicki has been known to read seven books in as many days. When not writing or reading, she likes to spend her time watching films, listening to music, gardening, or traveling. Vicki is a member of SCWBI and is represented by Fran Black of Literary Counsel, NY, NY.

Woo! Today we have a Waiting-On-2016 author’s cover reveal:

Here’s a bit about Fjord Blue, a YA Contemporary that will be released on March 10th, 2016 from Harmony Ink Press:

Seventeen-year-old Benjamin is shipped off to work on his grandparents’ remote farm in the fjords of Western Norway for the summer. It’s not like he didn’t deserve it. After all, he crashed his dad’s vintage Bonneville in a car-chase duel on a Miami freeway. Ben is mad at the world and not ready to reveal the reason for his bad behavior the past year, when he partied and got into fights to forget his attraction to his best friend’s hot cousin Dino.

Norway is cold and rainy, the farm is desolate and resists modernization, and the grandparents are quiet and religious. On to the scene waltzes Even, the eighteen-year-old farmhand, who counters Ben’s restlessness and complaints with friendship, fresh perspectives, and problems of his own.

With the mounting expectations of Ben taking over the farm one day, getting closer to Even becomes Ben’s only reason to stay put. As the friendship deepens, the two boys learn that secrets can turn into both beautiful and ugly truths, and that support can be found in unexpected places.

Add it to Goodreads HERE 🙂

Ready for the cover? Here we go!

HOW PRETTY IS THIS COVER?? 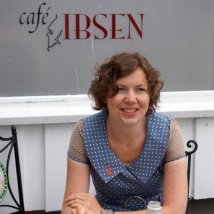 Young Adult author Nina Rossing lives in Norway, where she works as a high school teacher. She studied Nordic literature and languages, English and history at university, and holds an MA in Anglo-Irish Literature and Drama from University College Dublin. She is an avid and eclectic reader whose bookshelves are bursting despite her e-reader. 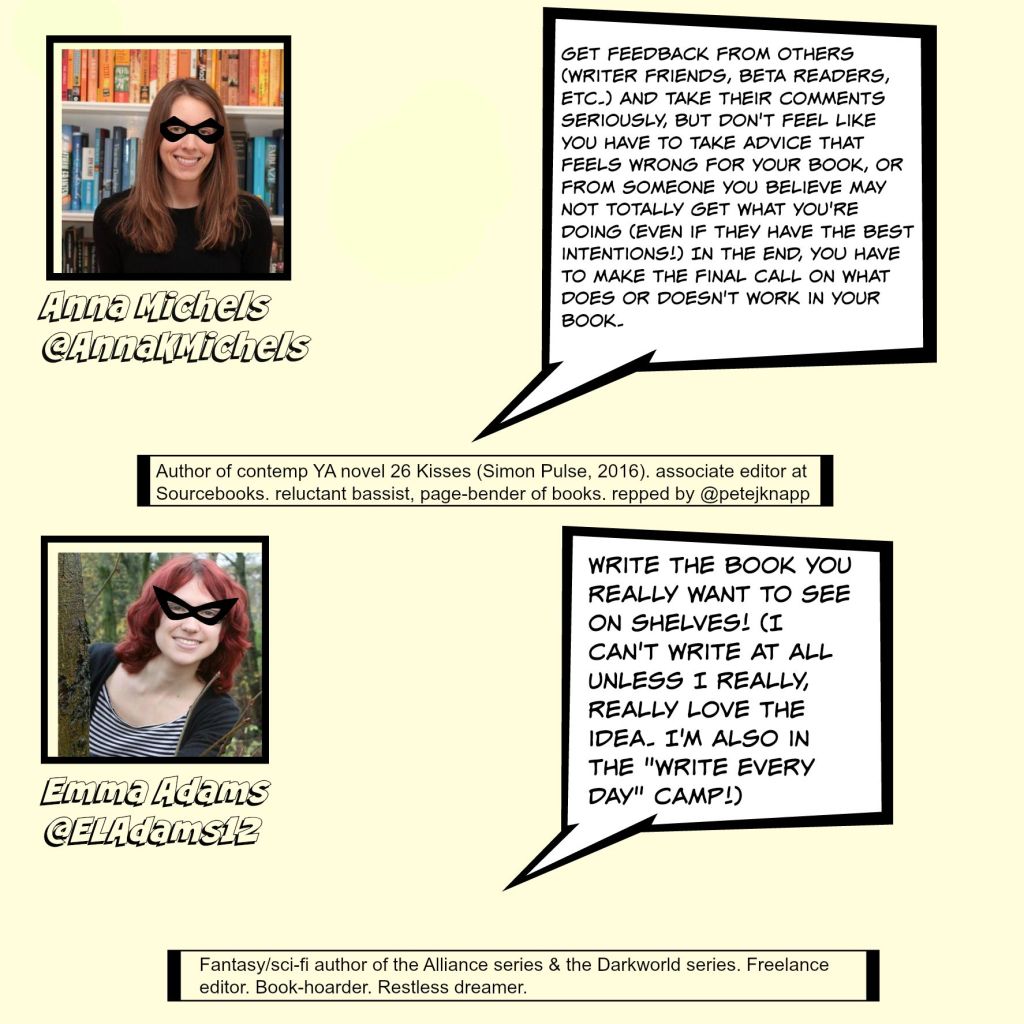 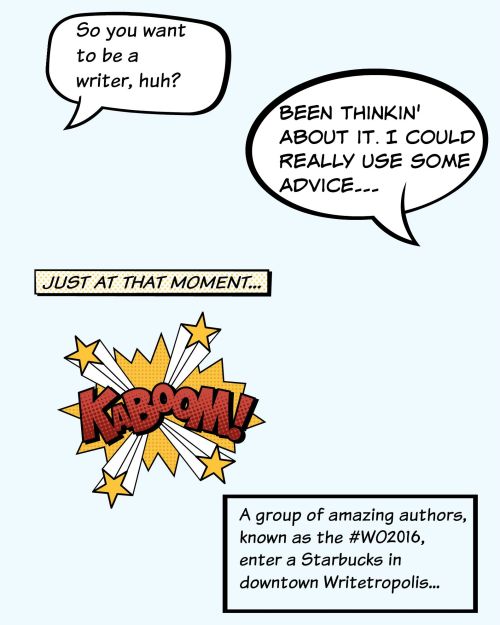 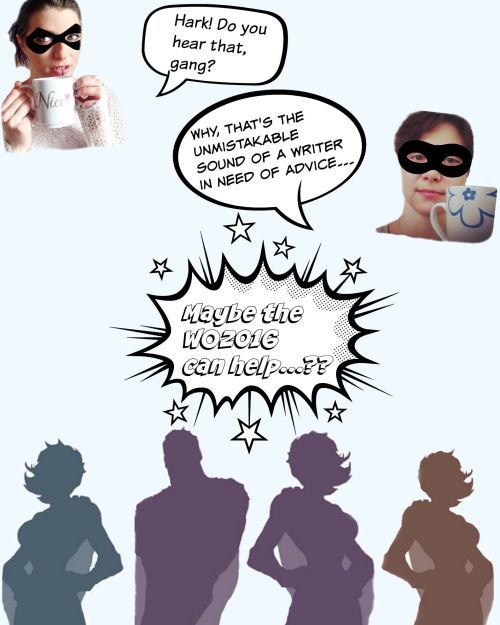 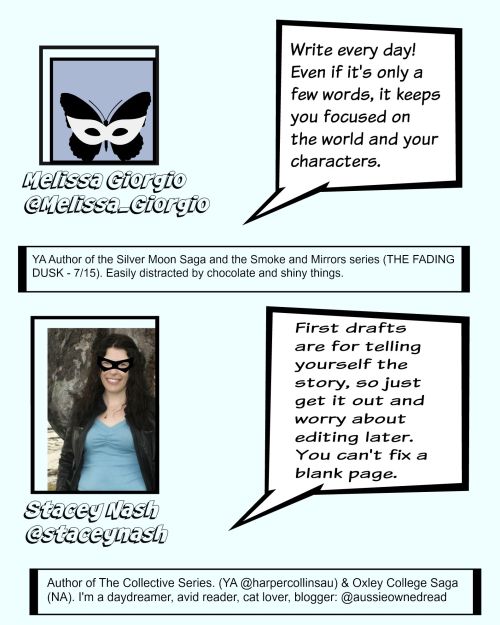 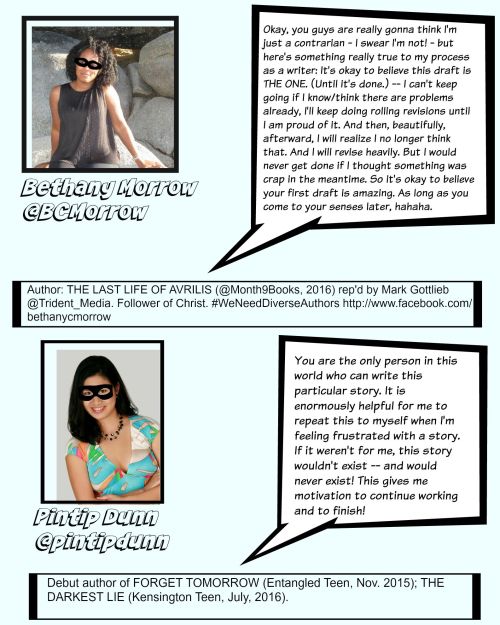 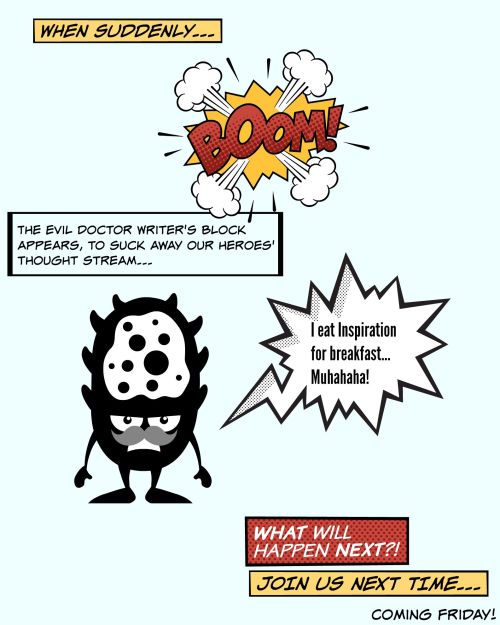 by C.K. Oliver
I’m thrilled to announce that my Spring 2016 debut novel with Oktopus Ink now has a new name. I’d been calling it EMBERS for as long as I can remember. To some, especially my beta readers–it might always be EMBERS. That being said, a lot goes into the name of a book.

In the end, Celosia’s story is about overcoming the odds. When you’ve lost everything and your own mind works against you it can be hard to find the motivation to keep on going. Despite the deck being stacked against her, Celosia pushes through, living with PTSD, anxiety, and depression while tackling her responsibilities head-on. Leading the Ember Operative is no easy task.

Some days, it can be hard to get out of bed. To do basic things. I know this feeling all too well, because much like Celosia, I live it. I do my best to manage my depression along with my anxiety–though my PTSD still blindsides me with events from when I was still an age ending in ‘teen.’ sometimes. It’s not easy. Writing this book was one of the hardest things I’ve done to-date this year. I had months where I couldn’t look at it, to tell you the truth. With a lot of encouragement from my fiancee, my beta, and my team at OI–I made it through to finish the second draft of the book last week.

This is a story about what you can accomplish when everyone around you is telling you to give up. When your mind continues to whisper traitorous things in your ear at night, saying you’ll never amount to anything. When every turn is met with someone else that hates you for things you can’t change. Celosia is called Daybreak, an insult added to injury–for failing at a military operation of the same name. It’s hurled at her like a weapon, used to disarm and discredit her when she’s at her lowest point. Seven years later, people still sneer, “Daybreak.” at her to remind her of her failures.

Despite all of that, Celosia became the leader of the Ember Operative–poised to take back control of Esonith from the Council, with a lot of help (and a bit of love) along the way. The citizens of Esonith, the Council, and the Eighth Decorum all thought that Daybreak had fallen, unable to face the horrors of the things that she had done.

Without further ado, I present to you my spring 2016 debut novel–DAYBREAK RISING.

With great thanks,
–Rin

22-year-old Celosia Brennan spent sixteen years being raised as the heroine her nation needed. A dual-touched Elementalist with both the power to conjure fire and see glimpses of her future, Celosia was the best hope at overthrowing the oppressive Council in a mission called Daybreak, an attempt to secure justice for the massacre of her people and so many others. There’s just one problem: she couldn’t. Celosia broke down after realizing the enormity of her task and is struggling to make things right while the blood of her fellows stains her hands.

Now branded a failure, Celosia desperately volunteers for the next mission: taking down the corrupt Council with a team of her fellow elementally-gifted mages. Leading the Ember Operative gives Celosia her last hope at redemption. They seek to overthrow the Council once and for all, this time bringing the fight to Valeria, the largest city under the Council’s iron grip. But Celosia’s new teammates don’t trust her—all except for a powerful ice Elementalist named Ianthe who believes in second chances.

With Council spies, uncontrolled magic, and the distraction of unexpected love, Celosia will have to win the trust of her teammates and push her abilities to the breaking point to complete the Ember Operative. Except if she falters this time, there won’t be any Elementalists left to stop the Council from taking over not only her country, but their entire world.

C.K. Oliver attends Southern New Hampshire University online and is currently majoring in Communications with a focus in Public Relations, along with attending Free Code Camp for a certificate in Full Stack Web Development. C.K. currently works as PR Director for CollectQT in addition to freelance tech and gaming writing inspired by a past life as a Community Outreach intern at Learning Games Network. C.K. resides in New Zealand with their fiancee and their cat, Ember. You can read more of their work at http://ckoliver.com.

Today is our first official post day, and you guys, we have a gorgeous cover to show you.

Coming from Kensington Books, in March 2016, Pat Esden’s NA paranormal, A Hold On Me, tells the story of Annie Freemont and her unnerving return to Moonhill.

She never wanted to return.

He wants nothing more than for her to leave.

But the fire between them is as strong as the past that haunts them.

Annie Freemont grew up on the road, immersed in the romance of rare things, cultivating an eye for artifacts and a spirit for bargaining. It’s a freewheeling life she loves and plans to continue—until her dad is diagnosed with dementia. His illness forces them to return to Moonhill, their ancestral home on the coast of Maine—and to the family they left behind fifteen years ago, after Annie’s mother died in a suspicious accident.

Once at Moonhill, Annie is shocked when her aunt separates her from her father. The next time Annie sees him, he’s a bizarre, violent shadow of his former self. Confused, she turns to an unlikely ally for support—Chase, the dangerously seductive young groundske irresistibly drawn to. But she also senses that behind his penetrating eyes are secrets she can’t eveper. With his dark good looks and powerful presence, Chase has an air of mystery that Annie isen begin to imagine. Secrets that hold the key to the past, to Annie’s own longings—and to all of their futures. Now, to unlock them, she’ll have to face her greatest fears and embrace her legacy… 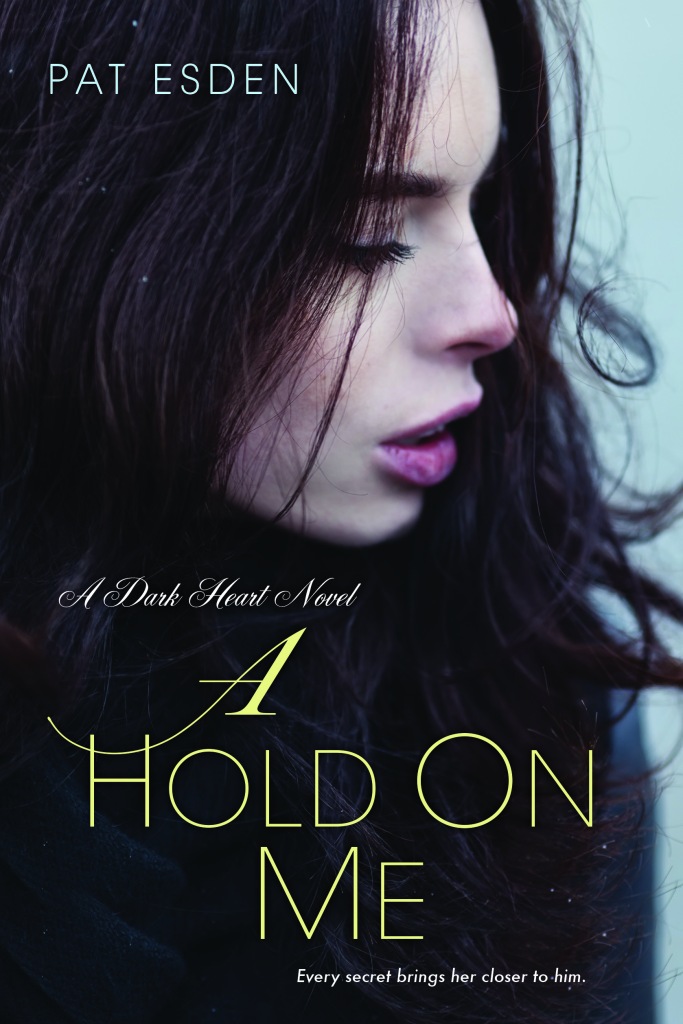 AND AND AND… WE HAVE PRE-ORDER LINKS!

Check out the fantastic giveaway on Pat’s Facebook page. Chances to win an Alex and Ani Path Of Life Heart Charm Bangle, or Amazon gift certificates.  Easy to enter! 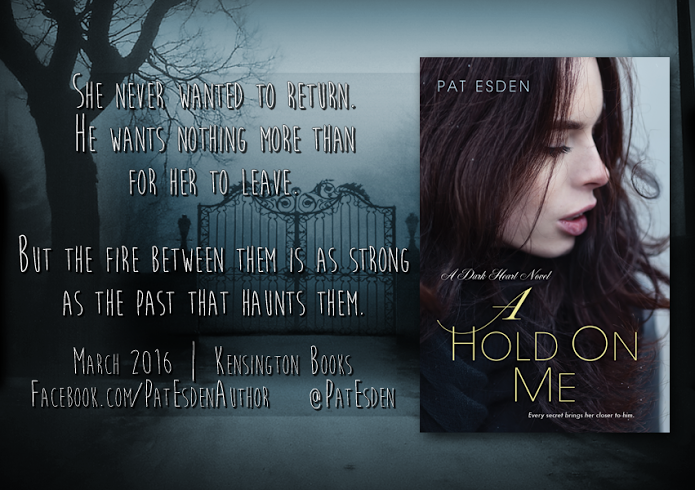 PAT ESDEN would love to say she spent her childhood in intellectual pursuits. The truth is she was fonder of exploring abandoned houses and old cemeteries. When not out on her own adventures, she can be found in her northern Vermont home writing stories about brave, smart women and the men who capture their hearts. An antique-dealing florist by trade, she’s also a member of Science Fiction & Fantasy Writers of America, Romance Writers of America, and the League of Vermont Writers. Her short stories have appeared in a number of publications, including Orson Scott Card’s Intergalactic Medicine Show, the Mythopoeic Society’s Mythic Circle literary magazine, and George H. Scither’s anthology Cat Tales.

Waiting-On-2016 or #WO2016 is a support group for authors of MG, YA and NA books releasing in 2016. We are a diverse group of indie and trad published authors who have come together to support each other and help spread the word about our titles. You can follow us by following the tag #WO2016 on Twitter and Instagram. We’ll be hosting some themed chats on Twitter and will probably be hosting future events on Facebook too, so watch this space!

In the meantime, head on over to the “Meet Our Authors” page to learn more about who we are!